The UK’s favourite card game, Top Trumps, compares all your favourite rugby stars ahead of the Rugby World Cup

WHO IS THE TOP RUGBY STAR IN THE WORLD?

WHO HAS SCORED THE MOST TRIES?

WHO HAS THE BIGGEST TACKLE?

The UK’s favourite card game, Top Trumps, compares all your favourite rugby stars ahead of the Rugby World Cup

Top Trumps has been rating every topic for over 40 years, from Sports Cars to Dinosaurs and Skyscrapers to Harry Potter characters, they’ve covered it all.

They have now launched ‘World Rugby Stars Top Trumps’ ahead of The Rugby World Cup. The pack contains 30 rugby players from across the world and includes categories such as ‘height’, ‘caps’, ‘tries’, ‘year born’ and ‘Top Trumps tackle rating’, as well as a biog on each player – it is the perfect way to compare players in this year’s Rugby World Cup which starts on Friday.

New Zealand’s Beauden Barrett is the ‘Top Trump’ of the pack, beating the other players in almost every category. The pack features players such as Wales’ George North, England’s Maro Itoje and New Zealand’s Michael Hooper… will any of them take the title of ‘Top Trump’ by the time the World Cup is over? 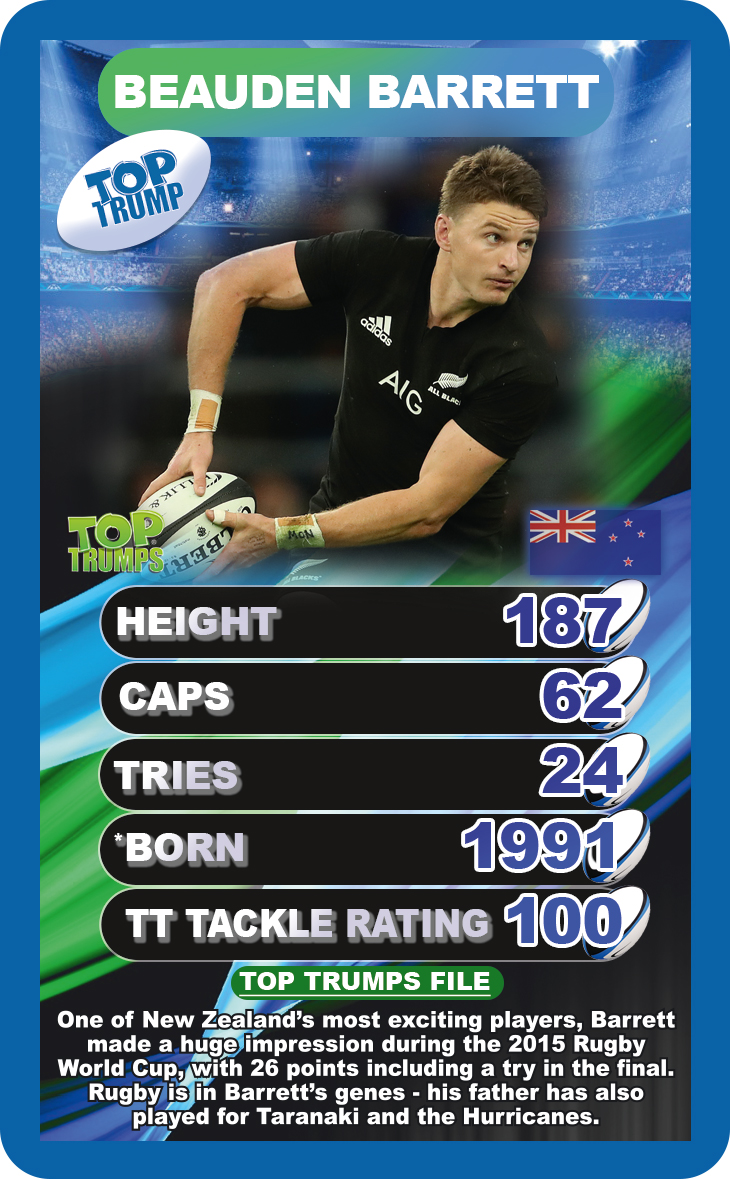 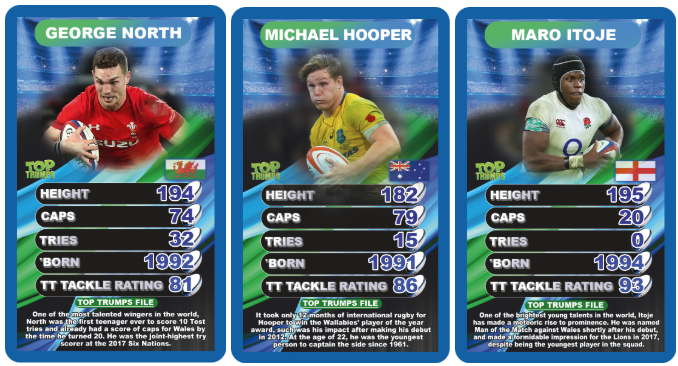 Sunday’s game sees Scotland take on Ireland; who will trump who out of Scotland’s Stuart Hogg and Ireland’s Johnny Sexton? 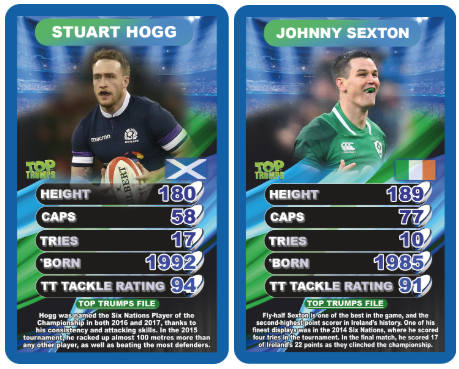 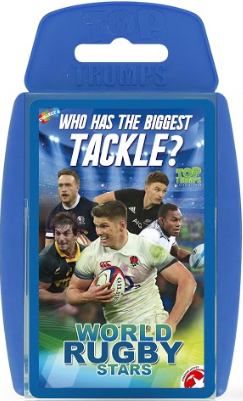